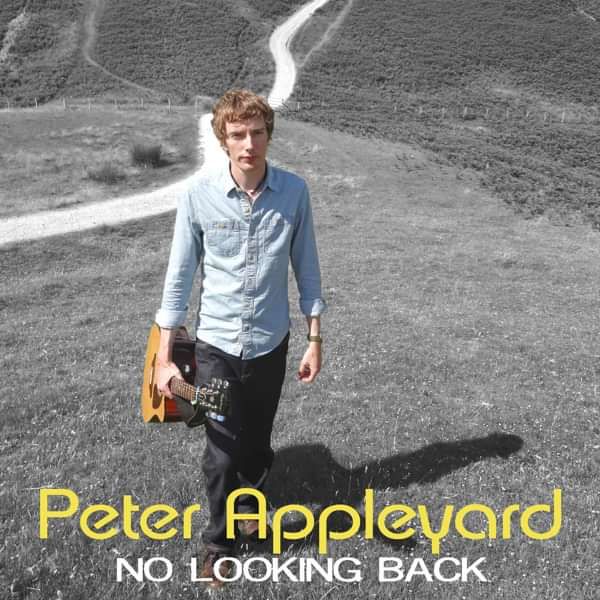 $14.65
One By One
Coming Up For Air
Ordinary
In These Times
Live This Together
Ghosts
Stevie And The Princess
Pandas
Cathedral Cove
Flames Against The Sun

‘No Looking Back’ is Peter’s second full studio album and was released worldwide on the 24th November 2014 on CD and Digital Download.

Working again with New Zealand based Songwriter/Actor Kevin Harty and backed by some of the UKs finest musicians the follow-up to ‘Day in the sun’ has developed Peter’s trade mark sound and attention to detail yet further. Using an array of different instruments to compliment the new songs has resulted in a layered and intricate sound which shall reward repeat listens.

Keeping classic pop songwriting at the centre of the new album Peter has also explored folk and bluegrass touches on ‘One by one’. Gospelesque vibes on the anthemic ‘In these times’. Darker and moodier landscapes are followed in ‘Ghosts’ where Peter’s musical experimentation is given full rein – a rich musical journey.

It has taken time to perfect this new album as Peter wanted to get things just right, ensuring every track received the attention it deserved.